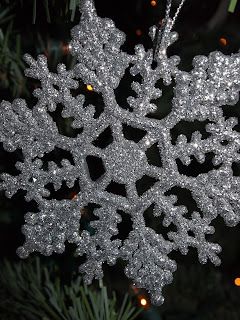 Christmas 2012 has come and gone. It was a good one, despite the fact that I was sick before, during and after. Yayyyyy...

As previously noted, we went to Jamie and Jason's house for the day. We got up there around 10am so that we could spend some quality time with the Duck. She had a LOT going on. When we had some snacky foods close to noon, she brought out her tiny piano and played and sang Christmas carols for us. She also wanted everyone to take turns pretending to be Rudolph the red-nosed reindeer, which was pretty amusing. She doesn't like Santa Claus at all this year, but she does like Christmas and she was excited about helping to pass out presents and also, of course, about opening hers.


We had ham and baked ziti for dinner and it was really delicious. After we digested our food a bit and the Duck had a nap, we ended up going over to Boyfriend's parent's house. We had some gifts to open there and we hung out for a little while before heading home.

Below, you can see dear little Regan wearing her festive Christmas shirt. She is so patient. She wore it for a huge part of the day. Haha. 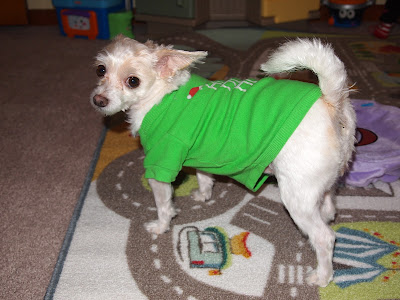 I typically feel pretty sad when I am not able to see my family on major holidays (it is, of course, happy that Boyfriend's family is so close) and this Christmas was no different. I was happy to have a chance to video chat with my parents and Holly on Christmas Eve. We talked for over an hour and it was nicer than just talking on the phone. I'm hoping to spend a holiday with them next year, if we can work out the travel. Wouldn't that be nice? Yes.

I hope all of you had a beautiful Christmas and that you were able to spend time with family and friends. That's the best part about the holidays, wouldn't you say?
Posted by Erika at 7:32 PM